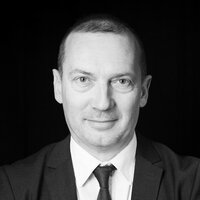 Olivier Mériaux was a researcher at Sciences Po between 1999 and 2015, where his academic work focused on the interactions between public policies and social relations. At the same time, he was a scientific advisor to the Commissariat Général du Plan and the Centre d’Analyse Stratégique between 2001 and 2005, where he led foresight groups on social dialogue and work. Appointed technical and scientific director of the National Agency for the Improvement of Working Conditions (ANACT) in February 2015, he left his position at the end of 2018 to join the consulting firm Plein Sens, where he manages studies, evaluation and support missions on the social aspect of organisational transformations. In September 2019, he was commissioned by the Prime Minister to submit a report on "keeping older people in employment". He is an intuiti personae member of the national evaluation committee for the Labour Ordinances and is a member of the teaching committee of the Sciences Po Executive Master’s course on "Social dialogue and corporate strategy". He is also a member of the scientific council of the Observatoire des Cadres CFDT.